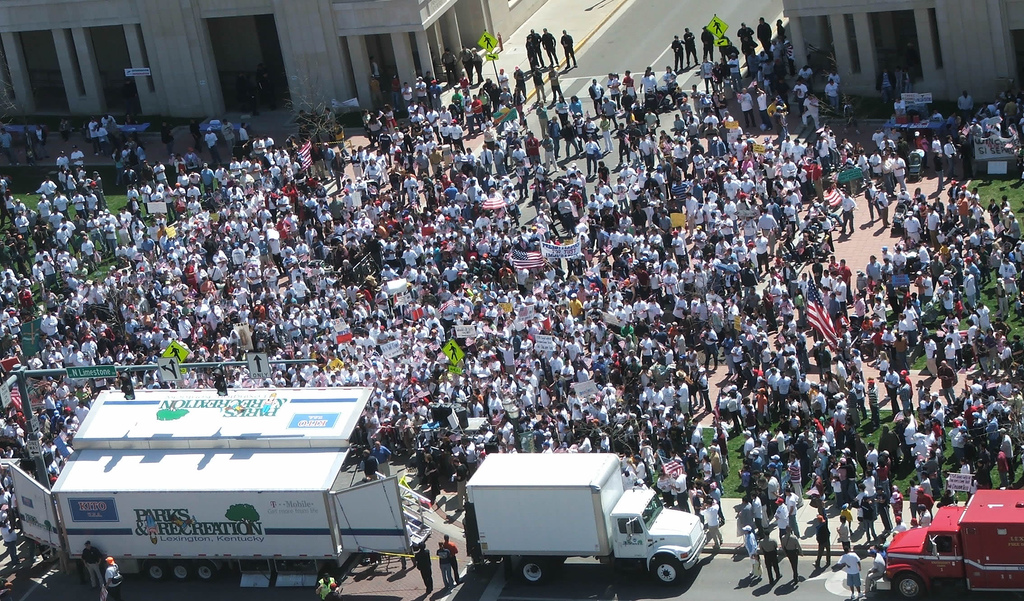 Immigration and Economy: Brexit’s Broken Promises. The UK government set itself up for a remarkable fall under the ill-advised leadership of marketing man David Cameron. Reform Rally—Britt Selvitelle (Flickr.com)

The UK government set itself up for a remarkable fall under the ill-advised leadership of David Cameron as prime minister. This is not just because of its target to cut net migration to tens of thousands. That target was set at 333,000 last year. To make matters worse for itself, the government said that the only way for Britain to control immigration was by leaving the EU.

Just two working days after the referendum, politicians have admitted that that was practically a non-starter. But hey, it sounded good, right! As a result it has become clear that the British public have been duped and here is the reason why.

Nigel Evans a Member of Parliament for the Ribble Valley and pro Leave campaigner, claims that on BBC radio that there has been some misunderstanding over the Leave campaign’s position on reducing immigration.

Migration: Take Back Control of the UK’s Borders

Nigel Evans, echoing the words of Nigel Farage said that a new Australian-style points system for EU migrants would mean that the UK would be able to control immigration, but has admitted that as a result migration would still not fall. Of course, many voters admit that they backed Brexit because they expected immigration to fall.

If you were beginning to think that you might have been duped into voting in favour of a Brexit that is not all. Another reason why you may have been duped by the Brexit campaign is trade. Whilst Article 50 of the Lisbon Treaty has not even been invoked, there is a great deal of conjecture as to the terms of Britain’s exit. Similar to other countries that want to have access to the single market for trade Britain may still have to keep its borders open to EU workers.

The net effect is that because of some conservative party internal issues, the country has been put to enormous cost of a referendum. If that wasn’t bad enough, this has already wiped off $2 trillion dollars off the value of stock markets. If that wasn’t bad enough, the value of the pound has fallen to what it was in 1985! That’s right – 1985. That is over 30 years of trade and value.

Who remembers the economy in 1985? Who remembers a world when Apple had only just launched its Macintosh. Microsoft was part way through its preparations no doubt to become a public company.

So for those who want to plunge the country back to the 1980s rejoice in Brexit. For those who want the political elite to stop peddling their lies on us, and use their own money to sort out their internal party issues, all we can do is hope and pray.