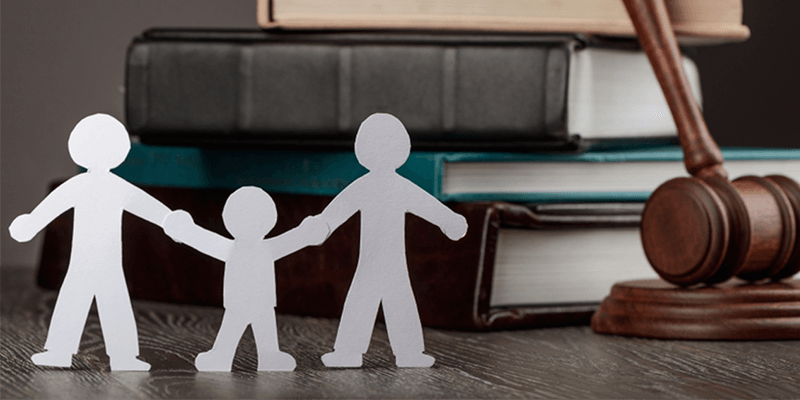 Case: Mrs Y arrived with her family. They claimed asylum which was refused and later they were granted humanitarian protection for 5 years after appealing the initial decision by the Home Office. Following the five-year continuous stay, Mrs Y and her family wished to apply for settlement.

How did 4A Law help? We advised Mrs Y on how to apply for settlement in the UK in accordance with the Home Office Policies on Humanitarian Protection. We helped her with the applications for herself and her family.

Outcome: Mrs Y and her family were granted Indefinite Leave to Remain

Case: Ms X a Canadian national with a British grandfather who wanted to come to the UK to work and live as a person with UK ancestry. She required advise on how to request her grandfather’s birth certificate.

How did 4A Law help? We advised her on the matter and provided assistance on how to obtain her British grandfather’s birth certificate. We assisted her in contacting the UK authorities to try and obtain the birth certificate.

Case: Mrs. Y a Mexican national came to the UK on a spouse visa. Her husband a Mexican national with indefinite leave to remain in the UK and had been living in the UK for the past 9 years. They married and had a child.  After difficulties within the marriage, Mrs. Y was seeking a divorce and required advice as to her status in the UK. After returning to Mexico, Mrs. Y wanted to know whether she could come back and remain in the UK to be with her daughter despite being separated from her husband.

How did 4A Law help? We advised Mrs. Y on her situation. Under the Immigration Rules, her marriage would be considered to have broken down within the initial 2 years and she would no longer have reason to be in the UK as her spouse visa would be void. We informed her of the possibility to claim a permanent stay in the UK through domestic violence or a parent visa application.

Area of law: Indefinite leave to enter as the child of a parent settled in the UK.

Case: Mrs X. is a Bangladeshi who had indefinite leave to remain in the UK and wanted to bring her Bangla daughter in the UK. She applied twice before but faced difficulties with her ex-husband.

How did 4A Law help? We advised her on the documents needed to call the daughter.  A successful application was made.

Area of law: Overstayed in the UK

Case: Mr Y. came to the UK on a visitor visa and overstayed. He married a British national and together adopted a daughter who had Mauritius nationality.

How did 4A Law help? We advised him to make an application for human rights under Article 8 family and private life.

Case: Mrs X had a British husband and son. She arrived in the UK on a spouse visa. Despite efforts in applying for an indefinite leave to remain, Mrs A has been refused entry to sit the ‘Life in the UK’ test as the test providers had refused to accept her identification.

How did 4A Law help? We advised Mrs X on how to apply for a spouse extension (further leave to remain), as well as to apply for new passport from the embassy with her married name hoping that it will help in identifying her when she applied to take the ‘Life in the UK’ test.

Outcome: Mrs X was granted the extension and given a new residence permit

Case: Mr Y was seeking to apply for a spouse visa application for his wife.

How did 4A Law help? We advised Mr Y on the matter and informed him that in order to apply for a spouse visa he had to present evidence showing his relationship with his wife, wedding photos, his financial documents, his accommodation documents and her ability to speak the English language. Advice was also given on what documents would further be required to make this a successful application.

Outcome: Mrs X was granted her spouse visa.  The application was successful.  Over the years we have helped Mrs X with her spouse extensions, her Indefinite Leave to Remain and her Nationality application.

Area of Law: Child Refused on Entry to join Mother

Case:  Miss Y, a minor aged 10 years was refused entry and detained at Gatwick as she did not have the proper visa. Miss Y’s mother waited for her daughter at the airport and contacted 4A Law distressed.

How did 4A Law help: We advised her on the situation and assisted her with eth Immigration Authorities in obtaining Temporary Admission for Miss X.  We then assisted in making an application to the Home Office for Indefinite Leave to remain for Miss X so she could remain in the UK with her mother.

Outcome: Miss X was granted permission to live permanently in the UK with her mother

Nationality: Australian
Area of law: Naturalisation Returning Resident
Case: Ms Y had lived in the UK for five years on an ancestry visa. She was granted indefinite leave to remain and had lived and worked in the UK for 22 years. She returned to Australia to look after her mother. She now wished to apply for citizenship and needed advice as a returning resident with ILR.
How did 4A Law help? We informed her that the ILR would lapse if she spent more than 2 years living or working outside of the UK. She had spent a lot of days out of the UK but there was some discretion permitted for naturalisation applications.

Nationality: Afghanistan
Area of Law: Spouse visa
Case: Mr X was a British citizen who wanted to bring his wife to the UK from Afghanistan.
How did 4A Law help? We advised Mr X on the matter and helped him apply for a spouse visa.
Outcome: A spouse visa was granted to his wife

Nationality: American
Area of Law: family- British descendant, naturalisation
Case: Mrs Y was born in Nigeria to British citizens. However, her passport said she was ‘British protected’ but she lost this protection after Nigeria became independent. She later married an Italian and moved to the USA eventually becoming an American citizen. Mrs X wanted to move to the UK.
How did 4A Law help? We advised Mrs Y on UK nationality laws and whether she had a claim to British nationality.

Nationality: Malaysian
Area of Law: Spouse Visa
Case: Mrs X was a Malaysian national married to a British national. She needed help in applying for a spouse visa.
How did 4A Law help? We informed her of the process and of the necessary documents and we assisted her with the application for the visa.
Outcome: She was granted the Souse visa. We assisted Mrs X with her spouse extension and her application for permanent stay.

Nationality: Iraqi
Area of Law: Asylum – Family – Passport
Case: Mr Y was an asylum seeker and married a UK national. He needed assistance with a travel document.
How did 4A Law help? We helped him submit an application and he was granted a travel Document.