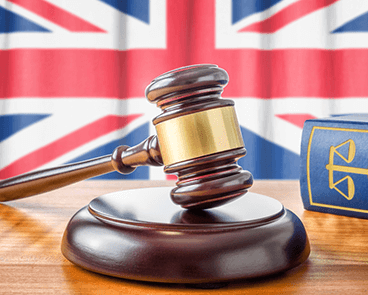 Area of Law: Leave to remain

Case: Mr X. came to the UK on a dependant visa to accompany his mother to the UK who married a British national. His mother applied for indefinite leave and he was not included in the application. He applied for an extension which was granted; he later applied for a further extension using form FLR which was refused. He started to live independently and had started a relationship with a European national who moved in with him.

How did 4A Law help? We advised him to secure an appeal right based on Article 8 on right to both family and a private life. We represented him at court.

Outcome: Mr X appeal was allowed. He was permitted to remain.

Ms Y arrived in the UK as a visitor with her partner and children. Application for residence card to remain in UK under EEA Regs 7, 8 and 17 was submitted and subsequently refused based on lack of documentation despite numerous appeals.

Ms Y was the stepdaughter of a French national.  Ms Y was financially dependent and lived rent free with her mother and stepfather who also paid for bills and food. The refusal letter argued Ms Y did not rely on financial help for essential needs.

How did 4A Law help?

4A Law identified that the respondent had applied the wrong regulations to the appellant’s application and assisted with the collation of the correct documents in order to prove her exercisable right.  We represented the family at court.

Ms Y, her partner and the children were granted the right to remain as a family members of an EEA national.

Mrs. E. a British national married a Ugandan national. Her husband was refused a spouse visa.

Mr X arrived in UK on working holiday visa. He then applied for HSMP and his indefinite leave to remain after staying for 6 years total in the UK. The application was refused on the grounds of a lengthy period of absence from the UK. Mr X was seeking advice on how to appeal the decision.

How did 4A Law help? We advised him to provide evidence to prove that his absences were for business rather than leisure. We represented him at court.

Outcome: The appeal was successful, and Mr X was granted indefinite leave to remain

Case: Mr Y had applied to join his wife but his application was refused as numerous applications had been recived  on the 27th September 2011 and an appeal was lodged against the refusal on the 1st October 2011. The application had been refused because of a lack of English Language proficiency documents. Mr H had sat and passed the ESOL English Test receiving a Level A2 score. He received the certificate after applying for the visa, so he travelled to the visa centre after receiving the certificate in an attempt to submit it with the rest of the ongoing application. The officer at the centre did not permit this, and Mr H later received a refusal letter on the grounds that the original English certificate had not been submitted.

How did 4A Law help? We advised him on how to lodge an appeal and helped him submit an application. We also attended the hearing with him.

Case: Mr X came to the UK on a student visa. He married his wife and his visa changed from a student to a spouse visa. Mr X’s marriage broke down.  He began a new relationship and had a child. Mr X had not divorced his first wife. Mr X had been refused permission to stay and his appeal deadline had expired.

How did 4A Law help? We were contacted for assistance on the situation. Mr X was advised on his options.  He could request for out of time appeal giving reasons or make a fresh article 8 application

Case: Mrs. Y had made an application for a visit visa to visit her brother in the UK which had been refused. Her brother worked for the NHS was now seeking advice on how his sister could lodge an appeal.

How did 4A Law help? We advised Mrs. Y’s brother on how to appeal the decision and the necessary documents which would be needed to provide evidence along with the appeal application. We represented them at Court and the appeal was successful.  Mrs Y came to visit her brother.

Case: Mr X a British national married Mrs Y. Mrs Y had applied for a spouse visa which was refused on the grounds that there was no evidence provided of the contact between the two. Mr P was seeking advice on how to appeal the decision.

How did 4A Law help? We advised the couple on their situation and helped to lodge an appeal out of time.  We helped prepare all the documents for a court hearing.

Outcome: Before the case was heard at Court the Home office accepted the evidence and overturned their decision.

Case: Ms Y came to the UK after being offered a job at a Care Home. She was granted a Tier 2 visa.  She changed care homes several times. After 5 years Ms Y applied for indefinite leave to remain, which was rejected by the Home Office on the grounds that she took up work with a different employer.  Her son’s application was also refused as her dependent.  A decision was made by the Home Office to remove Ms Y and her son from the UK.

How did 4A Law help: We provided immigration advice for Ms Y and helped her lodge an appeal. We prepared documents for Court and represented her at the hearing.

Outcome: The appeal was successful as the Immigration Judge ruled that Ms Y’s appeal was allowed as there was an error of law made on part of the Secretary of State. Both Ms Y and her son, were granted Indefinite leave to remain

Case: Mr X came to the UK on a visit. A year later, he entered the UK as a working holiday maker where he was granted a 2-year visa.  He later returned to the UK on a work permit visa for 3 years. A further extension of 2 years was granted, and he applied for indefinite leave to remain. His application was refused on the grounds that he was being paid an incorrect salary.

How did 4A Law help? We helped Mr X lodge a successful appeal application.  We prepared the case for Court and made detailed submissions to the Immigration Judge.

Outcome: The appeal was allowed under the immigration rules granting him indefinite leave to remain.

Nationality: Indian
Area of Law: Spouse visa
Case: Mrs X married Mr Y. Mr Y was a British national. Mrs X had been refused a spouse visa two times, as well as a visit visa a number of times. She needed advice on how to make a successful application.
How did 4A Law help? We advised Mrs X on her previous refusals and on her current situation. We explained the requirements and documents needed for a successful application. We advised her not to appeal but to re- submit.

Nationality: Cuban
Area of Law: EU Family Residence card
Case: Mr Y came to the UK with his Italian wife, son, and step daughter. They initially came for a holiday but had considered the possibility of remaining in the UK to settle permanently. Previously, they had lived in Italy where Mr Y had been granted an Italian residence permit. Mr Y’s family had no problem remaining in the UK as they were all EU nationals. Nonetheless, Mr Y was a Cuban national, so he applied for a residence card in the UK as family member of EU nationals exercising their Treaty rights in the UK. However, the application for a residence card was refused by the Home Office.Mr Y needed help appealing this refusal.
How did 4A Law help? We assisted Mr Y in lodging an appeal. We prepared documents for Court and prepared to represent him at his Immigration Hearing. We submitted our case to the Court and also to the Home Office.
Outcome: A hearing date was given but before this took place, the Home Office withdrew their decision for refusal and instead granted him a residence permit.

Nationality: Cameroon
Area of law: Permanent residence card as an unmarried partner of an EEA national. Retained Rights of Residence.
Case: Mr X married an EU citizen but their marriage faced difficulties, which lead to their separation. However, they were never divorced. Mr X had entered into a new relationship with an EU citizen with whom he had a child. He submitted an application for a permanent residence card as the unmarried partner of an EEA national, which was refused.
How did 4A Law help: We provided advice and assistance. We lodged an appeal. We successfully prepared the case for retained rights of residence and represented the client at Court. We successfully demonstrated that his wife was exercising Treaty rights through a Subject Access Request.
Outcome: Mr X won his Court case and was granted his Permanent residence card.

Case: Mr Y applied for further leave to remain as a dependent on his wife’s Tier 1 Post Study Worker Visa from his student visa. The application was refused.
which was rejected.
How did 4A Law help: We provided advice to Mr X and lodged an appeal. We successfully represented him at court.
Outcome: The respondent withdrew their original decision of refusing to grant Mr X further leave to remain

Nationality: Tanzanian
Area of law: Tier 1 (Entrepreneur) visa
Mrs Y had studied in the UK on a Tier 4 visa and later applied for a Tier 1 post study worker visa. Mrs Y started a company. An application was made for a Tier 1 (Entrepreneur) migrant visa. The application was refused.
How did 4A Law help? 4A Law lodged an appeal and represented Mrs Y at Court. At the Hearing 4A law explained to the immigration Judge with evidence Mrs Y’s company and also Commercial and accounting regulations.
Outcome: The Immigration Judge accepted 4A law’s legal arguments and allowed the appeal. Mrs Y continued with her business on the Tier 1 Entrepreneur visa.