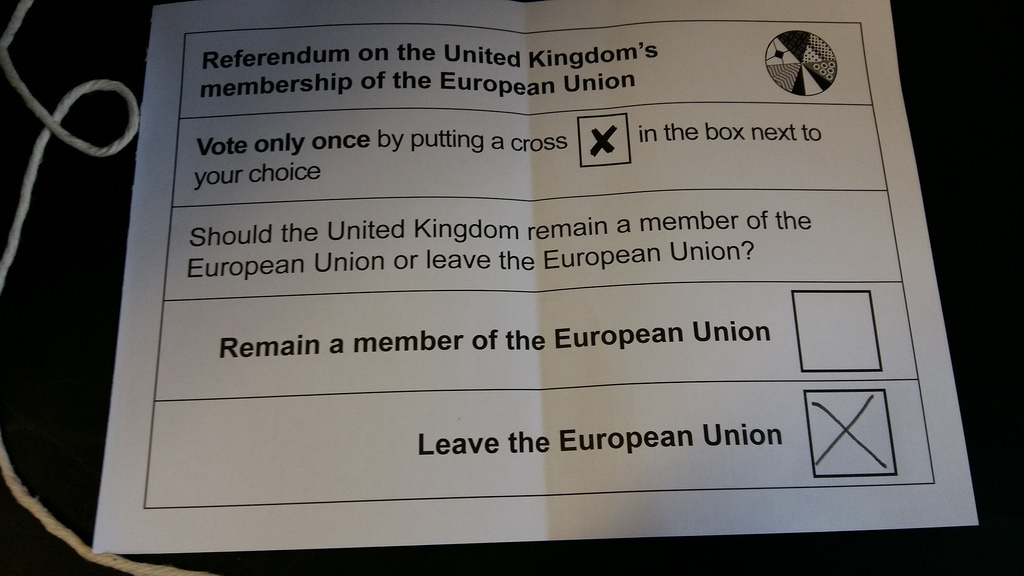 Brexit Regret, the Leave victory shocks Leave voters as markets collapse. Many people who voted Leave did not actually think that their vote would count and lead to victory for the Leave campaign — Mick Baker rooster (Flickr.com)

Pro brexit voters regret their decision to vote in favour of the Leave campaign. Leave voters are shocked as the markets, FTSE as well the value of the British Pound fall. Regret and a sense of mourning takes hold of the nation as just some of the consequences on the morning after the vote on Britain’s membership of the EU.

Regret has made many people call for parliament to overturn the referendum results. Perhaps the worst part of it is that much of the brexit Leave campaign was run based on several lies.

So even if the brexit referendum result did have legal force, which it does not, it ought to be challenged. The referendum ought to have been cancelled in light of the terrorist murder of Yorkshire MP Jo Cox by a white nationalist male.

If that was not enough, consider this: Donald Trump, one of the most blatantly racist, anti-muslim, anti-immigration, anti-women, anti-minority politicians has congratulated the Leave campaign on its victory. A victory, which less than 24 hours into the vote count confirmation has highlighted that it is a pyrrhic victory.

There is a huge backlash against the Leave vote so much so that well over two million people signed a petition calling for a second referendum on the EU vote.

It is clear that David Cameron took a massive gamble. He placed far too much reliance on his already dented leadership. Presumably on the basis of the conservative party’s victory at the general election just over 12 months ago. Calling this brexit referendum at this time, was a poor leadership decision. Particularly in light of the Mossack Fonseca revelations concerning offshore tax avoidance schemes, set up by his own father.

Despite being a marketing man it is clear that several poor leadership decisions were made by David Cameron. Undoubtedly his failures of leadership were still fresh in the minds of many who must have felt compelled not to trust him.

What is abundantly clear though is that many people unfortunately were far too easily manipulated by the lies of the Leave campaign. Lies were deemed as true news, without taking into consideration the truth or without even considering a balanced view. A great deal of work must now be done to prevent politicians from running campaigns that are blatant lies such as those perpetrated by the pro Leave campaign.

Brexit regret has seen the effect of the vote on the markets. Over $2 trillion dollars has overnight been wiped off the value of many investments and pensions. The question now is whether or not Britain can wake up from this nightmare and take back control from the idiocracy that has been the Leave campaign.