Immigration Fees Rise for Applications and Appeals18 May 2016Next 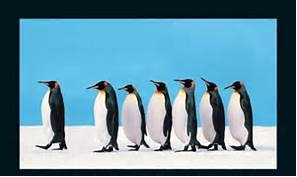 A timely reminder to pro brexit campaigners that travel to work is legally recognised as ‘work’, as decided by the European Court. For the people that are undecided how to vote consider the fact that the Court of Justice of the European Union has decided that time taken to travel to work for workers who don’t have a fixed place of work should be classed as working actual working time.

Yet again it is the European institutions that are protecting the rights of individuals. The effect of this is that UK law is required to recognise that people such as care workers in particular, should be paid for the time that is spent travelling to the first client on a morning and time that is spent after the last appointment to travel back home.

Of course this also means that the time that is spent by other traders such as plumbers, decorators, carers and those with no fixed place of work, time spent to travel to work between their home and the homes of their clients is classed as working time.

Time taken to travel to work therefore, should count towards the limit of 48 hours work per week. This is yet another protection afforded to the British public by virtue of EU laws.

Travel to Work for 3 Hours

In some instances workers have had to drive up to 3 hours to travel to work to client premises. The time spent travelling was not given any consideration at all whatsoever. Of course the effects of that had also meant that a further 3 hours was thereafter potentially spent on an evening travelling back home from work. The company in the particular case that was decided by the European Court of Justice started to count time from the moment that the person arrived at the first clients premises.

The Nature of the beast is Travel to Work

It made no difference at all whatsoever to the company’s position prior to the hearing that if a worker had to, for example, get up at 5am, set off to travel to work at 6 am to reach the client premises at 9 am. To finish the working day around 6pm only to go back home on a journey taking at least another 3 hours. Pro Brexit campaigners would say that the European Court of Justice has far too much influence over British affairs.

We would argue not least by virtue of the 4A Law successful intervention in the Court of Appeal and in the Supreme Court seeking to uphold EU law to give access to the courts to protect ordinary citizens, is exactly the right amount of influence that EU law and the European Court needs to have as a means of bringing balance, to the government. Let’s face it, once elected, politicians have a tendency to do more of what they please and less of that which pleases the public.