Article 8 The Right to Family Life

One of the most disturbing aspects… Well actually, there are a few disturbing aspects to this new Immigration Act!  The Home Office have clearly stated that the laws in this Immigration Act 2014 will, “ensure the Courts have regard to Parliament’s view of what the public interest requires when considering Article 8 of the European Convention on Human Rights in immigration cases.”

Basically what is being said is that the Courts should interpret Article 8 the right to family life the way we want them to!!!  The Home Office (UKBA) (UKVI) have time and time again tried to tell the Courts, out Judiciary (independent from our Government) how to do their job.

The Immigration and Security Minister James Brokenshire said: “We are already planning its implementation and will ensure these measures are introduced quickly and effectively.”

That’s great. It is when they want it to be.  Other Immigration Rules and laws change but the Home Office don’t seem so quick in implementing those requirements.

Some of the main laws in the Immigration Act 2014 are cutting the number of immigration decisions that can be appealed from 17 to 4. More rights being taken away, removed, demolished, terminated. This is all the more reason why we have done a post on UK Immigration Act 2014 Visa Appeals: All You Need to Win UK Visa Appeals. This will inevitably increase the number of Judicial Review claims brought to the courts. We have already seen an increase in these. Some have had to go to Judicial Review because of bad drafting and poor decision making by the Home Office, UK Visas and Immigration department. That does not even include the number of decisions that are withdrawn at the very last minute just the before a Court hearing or even on the day of the hearing itself. 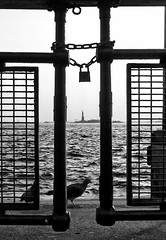 I have already mentioned Article 8. The Immigration Act 2014 as heralded will “end the abuse the right to respect for family and private life. Can advisors and more importantly immigrants and their families can be assured that the Home Office will consider each application on its merits?

Can advisors and more importantly immigrants and their families can be assured that the Home Office will not ‘abuse‘ Article 8? Heaven forbid, the Home Office do not abuse Article 8, it is the rest of us that are the abusers of Article 8 the right to family life.

Other changes require private landlords to act as a sort of private police for the Home Office to check the immigration status of prospective tenants. However there is no suggestion or guidance about landlords being given training to identify the plethora of different types of visas.  Are landlords really in a position to understand Immigration laws and rules?  Do they know the various types of visas and what happens if an application is outstanding for several months or more at the Home Office, UK Visas and Immigration?

Instead of helping immigrants, rogue landlords could potentially charge excessive rents to the most vulnerable in our society. Families made homeless because they are unable to rent. Voluntary and charitable groups will see an increase in their case loads.

The saying that ‘once a marine always a marine’ might only be true for marines. Rightly or wrongly, the situation is not true for British citizens. The Home Office UK visas and Immigration department can also deprive a naturalised individual of their British citizenship. The powers that be now have the ability to take away a person’s British nationality if a person’s actions have been “seriously prejudicial” to the interests of the United Kingdom. What is more alarming is that this can be done where the Home Secretary has “reasonable grounds” for believing that the person is able to become a national of another country.

Unfortunately the Immigration Act 2014 is a very serious piece of law. Prepare yourselves… There is no staff to part the waters in these times.