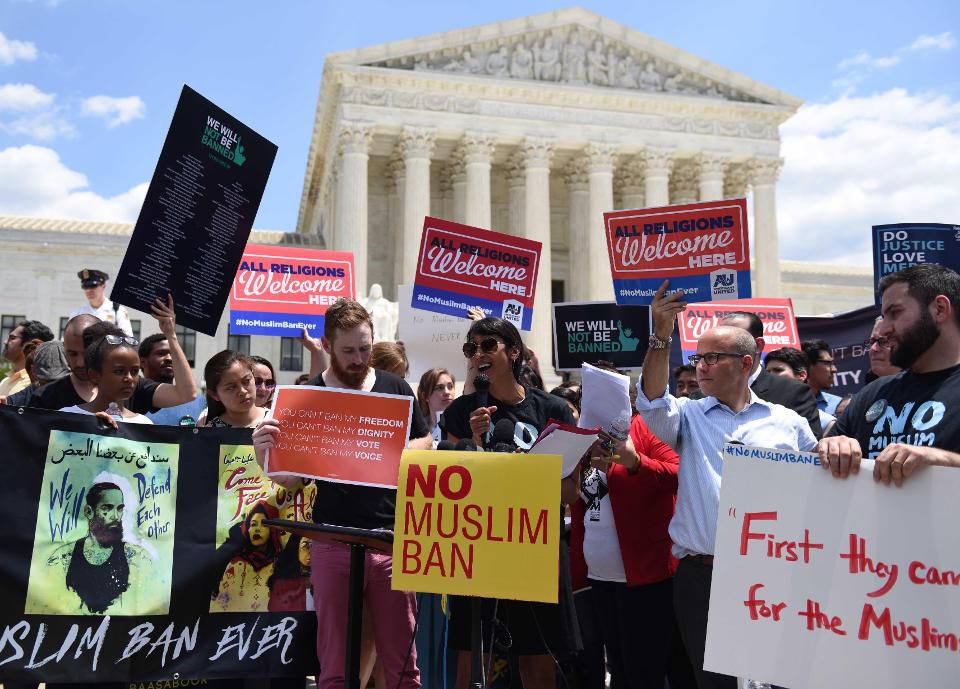 The Muslim ban in the USA has sparked outrage across the globe. Donald Trump the 45th President of the US in his first week has shocked people all over the world.

As if his proposal for a wall between the USA and Mexico was not enough, he has now banned 7 countries from entering the USA and frozen their refugee programme for the Syrians who have already been through months of checks.

“The Muslim ban is a sad day for humanity. Have we not learnt anything from history? The Muslim ban and proposed walls create divisions – not just the physical ground that we walk on but between one another”, said Vijesna Rohit, Director and Head of Immigration at 4A LAW.

Nationals of the countries above would not be permitted to enter the USA. This includes dual nationals in the ban.  The Telegraph noted that ‘Oddly, the ban does not apply to the nationalities of those who carried out the 9/11 attacks, such as Saudi Arabia, the United Arab Emirates and Egypt.’

“The Queen made me into a Knight of the Realm…. Trump seems to have made me an alien” @Mo_Farah o #MuslimBanpic.twitter.com/njM3FcAYCq

Trump’s executive order is a legally binding and recorded in their Federal Register. Many of us all over the globe have come out to protest. To say this is not acceptable is an understatement. Many of you have aired your opinions describing the ban being similar to Hitler’s order in Nazi Germany. Others have pointed out that Donald Trump’s wives have been immigrants! Sadiq Khan, Mayor of London stated the ‘immigration ban is cruel and shameful’. There have been protests all over the UK and a petition signed by over 1.6 million of us to prevent Donald Trump’s visit to the UK. Law suits have been filed in the USA and challenges being made to Trump’s Muslim ban saying it is in breach of freedom of religion.

This has created ripples; far reaching ripples – history being made now – here today, not something we read or learn about. In years to come what will be reported about us!