Immigration Fees Rise for Applications and Appeals18 May 2016 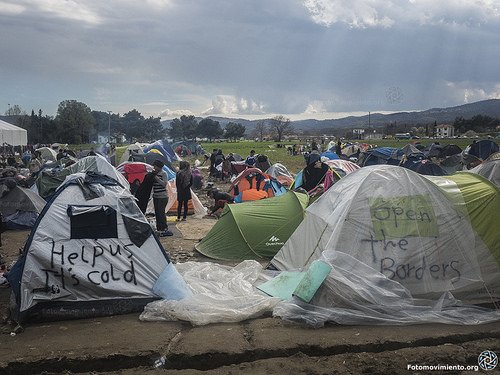 Most people in Britain and the rest of the world would agree that no one likes to leave their home to venture off into faraway lands. Yet despite that many people, over the last year in particular, have left their home, literally, to the shores of Europe. Thus Europe has seen what it terms as a refugee crisis.

Refugee crisis shows how Europe once thought to be the guardian of Human rights is now flouting them.

What though, is the definition of a refugee? As per the Geneva Convention on Refugees, a refugee is someone who is unable or unwilling to return to their country of origin owing to a well-founded fear of being persecuted for reasons of race, religion, nationality, membership of a particular social group, or political opinion.

Europe has seen thousands of people who have had to leave their home, families and loved ones in search of safety. Safety from not being subjected to degrading treatment, abuse and torture (also known as persecution) as well as from being killed. Whether that is from occupying forces or from European involvement in military ‘conflicts’ guised in the protection of democracy and freedoms as well as the liberation of people from dictators.

Persecution a common feature in the Refugee Crisis

Regardless of motives and justifications presented for British ‘tours’ it is an undeniable fact that the world has seen too much violence. Persecution for beliefs is something that has been on the increase over the last few months. So it seems the lessons learnt over the last 100 years have been and are being forgotten. The First World War saw countless people killed. History has taught us that nationalism breeds contempt. That led to the vilification and division of ‘people’ based on their religion. We know therefore that such division leads to alienating other people. If as a human race we have learnt anything over the last 100 years it ought be that together humanity is better.

We call upon leaders from every walk of life to awaken from the sleeping conscience. To come together. To clearly oppose the continued vilification of communities and individuals on grounds of religious and racial discrimination. Regardless of external differences, to send messages of unity. Because we are after all, human. That, is the only way, to make the world, great, again.